Would you Rather: Spark Interest or Keep your Students Quiet?

Sparking students' interest in the math classroom means you are letting students "own" learning.  The element of surprise is wrapped around the problem you pose to your students and productive struggle occurs when you step outside of the equation and no longer serve as the variable to be isolated in the classroom.  Teachers guide student learning with open-ended questions and tools to support discovery.

By Guest Blogger: Heather Szabo
In my classroom I commonly use “Would you Rather?” questions as a warm-up or an appetizer. Students usually choose an option and are asked to be able to support their argument with mathematical reasoning. 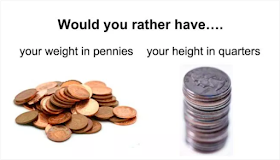 Question: "Would you rather have your weight in pennies or your height in quarters?"
This particularly days question sparked a powerful debate so we decided to explore the problem deeper. Students identified that in order to prove which they would rather, they would need to know the weight of themselves and of a single penny as well as the height of a quarter and the height of themselves. I collected the materials and student table teams explored. In the moment I did not know that a simple question would turn into our whole unit of study on linear equations and writing/solving systems of equations. This lesson driven by students was much better than the storybook problems I have used in the past.
Set Up: Each student in the grouped followed the same protocol and we collected data as a whole class to prove which would equate to a larger value, the weight of a student in pennies or the height of a student in quarters. 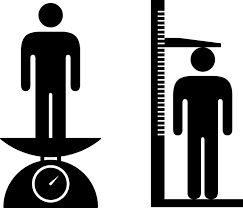 
Once students had a total number of pennies they calculated the value in dollars.

Students used 10 pennies and divided to find a unit rate. Students noticed that they were getting different measurements for weight of the pennies based on the image on the penny. We researched this and found that pennies minted after 1982 have two different weights. 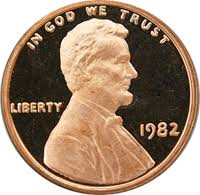 After collecting all of the data students realized that for some students choosing pennies would be most profitable and for others choosing quarters would be most profitable depending on their height and weight ratio. We then extended this activity to figure out at what height and weight you would rather choose pennies or quarters. We used this example to cover topics of linear equations and systems of equations.
When finished students asked questions like: What if we chose dimes instead of pennies? Since dimes are smaller but have more value students were interested to see if the outcome would be the same. So we embarked on the same journey led solely from student questioning and facilitated by the teacher.

Reflection: This appetizer turned entree was rewarding for both the students and myself. It truly embodied the five key aspects of project based learning including: real world connection, academic rigor, student driven, multifaceted assessment and structured collaboration. 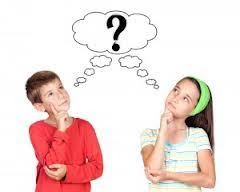 First the question was real to them. They chose to seek the answer out which was the driving force. Second, the rigor was embedded within the lesson. Once students had their own data, they shared it with the class. We then looked to the class data to make predictions and generalizations. We used this time to create graphs and solve systems of equations which is the next chapter of our current curriculum. I let them ask genuine questions and pursue the answers themselves and that is where it led. Some student groups were more ambitious than others. Many groups struggled with the unit rates and conversions so we took time to discuss proportions via a mini lesson in class. The rest just fell together. In this lesson, I was really able to take on the facilitator role and let the investigation be student driven. This is not to say that the lesson was without struggle but the struggles students faced were productive struggles that they persevered through.
When the students asked if this situation would hold true if we used dimes instead of pennies I responded, “I don’t know! Let’s find out!” Due in part to this the finding out became an adventure for students which caused them to buy in more to the lesson itself.

Saying yes to student ideas in this instance was easy because students were so inquisitive. They wanted to know more which paved the way for much deeper understanding.

I wholehearted believe that we as math educators are responsible for creating students that are comfortable enough with numbers to challenge and question the authority of numbers. I want my students more than anything to be well prepared to be consumers in a market that is out to take advantage of the mathematically illiterate.

As stated in the video, ​“without mathematical literacy career opportunities shrink and students become easy prey for credit card companies, payday lenders, the lottery and anyone really that has a dazzling statistic. Because when we aren't comfortable with math we don’t questions the authority of numbers.” I want my students to question and to seek answers and during this lesson that is exactly what they did!

Heather Szabo is a 7th Grade Math Teacher. She is learning different approaches to math instruction in the course The Math In Our Lives which focuses on designing instruction based on real-world application.

Join my Facebook Group Teacher Prep Tech or Making Math Connections for more freebies and best practices in teaching with digital tools!
at 12:21 AM
Share