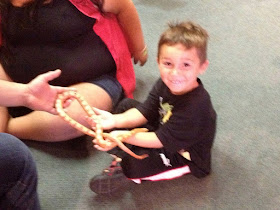 I have worked in the field of education for over ten years, predominantly with Latino English language learners and teachers of English learners as well. I have read numerous articles on bilingualism and second language learning from language acquisition to strategies for teachers and learners. However it was not until I decided to teach my son Spanish that I began to realize what a grueling and time consuming process it is. 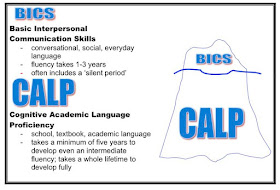 I am not bilingual, not yet anyways. I grew up in Boston and spoke English, only English. Like many of you I was made in high school to take a second language. I heard Spanish was the easiest, so this was the language I chose to take. I can honestly say I felt like a failure and somehow survived this process but hardly felt competent to carry on a conversation in my "newly acquired second language".

By the time I got to the end of my undergraduate degree, I must of audited Spanish several times, (another mandatory requirement) before I finally passes with a sympathy "C" from a professor who felt bad I had my wisdom teeth removed and could not speak for over a week in his summer class for Spanish lovers.

So why continue my pursuit of acquiring Spanish? I don't like defeat, or feeling like I can't do something when I know deep down I can. My journey to become bilingual began when Braeden (my son) was just a few weeks old. I bought bilingual books on Amazon, and began reading to him each day. Soon after I began to point out things around the house in Spanish (that I recalled) and finally I took the time to label things in my home as well, just like I use to do as a first grade teacher. Also I went to the library and borrowed CD's I could listen to in the car, and Spanish songs for children as well. It's been 16 months already and I have made progress. I am still acquiring Basic Interpersonal Communication Skills (BICS) but can now watch "Plaza Sesamo" (Sesame Street in Spanish) and understand the context and conversation.

I feel good but I know I still have a long way to go.... Whats Next? Recently I have moved on from labeling items to printing out sheets of "common" sentences for each room of my house. For example I often say to my son, "please do not stand up in your chair" "por favor no levantarse de su silla". Learning two languages takes time and energy. My key takeaways:

My advice for teachers is:

I believe if kids have parents who are involved in the learning process not only will they be motivated but exert more effort in the process as well. My other advice is make reading accessible to ELL students. I have learned so much Spanish by reading primary books with pictures and short sentences. I know "standards" dictate what we should teach, but not how.

As a sixth grade science teacher with students who were emerging learners, it made more sense to provide picture books with short sentences for a book report on volcanoes than a novel they would surely not read.

And guess what! They turned the book report in!!!

What have been successful strategies you use to support second language acquisition and bridge the home-school gap?

Do you have great ideas that you want to share with our audience? Consider writing for us!